The ‘Deb Goldberg for Congress’ bumper stickers were ready. Then she changed her mind 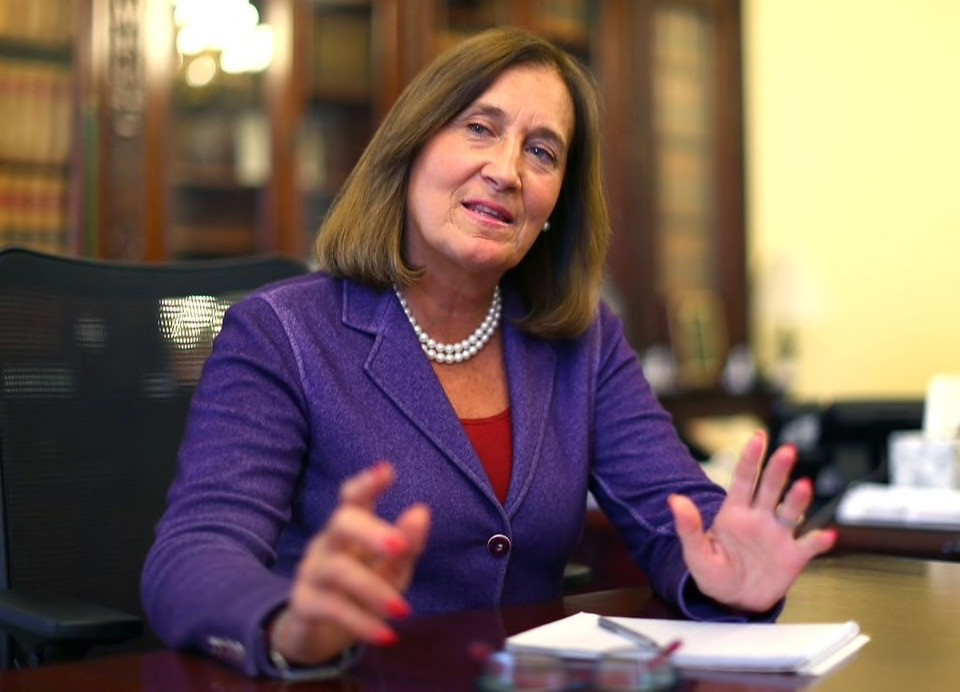 State Treasurer Deborah B. Goldberg had bumper stickers printed, a campaign schedule ready, and a meeting planned for Wednesday morning to break the news to senior staff: She would be a candidate for the open Fourth Congressional District seat.

“That was it,” the Brookline Democrat said of her mindset after speaking with her rabbi and family. “I was running.”

And then, she awoke from a largely sleepless night with an “epiphany” — and a change of heart.

Goldberg said Wednesday she won’t launch a campaign for the seat held by Representative Joseph P. Kennedy III, deeming the work and programs she’s launched during her five years at the Treasury as too impactful — and still developing — to abandon for a possible seat on Capitol Hill.

“The work is so important. I simply cannot walk away,” Goldberg, 65, said inside her second-floor State House office, pointing to the first statewide college savings account program her office created and its financial literacy initiatives as examples of what helped drive her decision.

“I need to see it to fruition,” she said. “It’s like a garden: You’re watering it, and then as the flowers are starting to come up, you walk away?”

Aides in recent weeks had described the two-term treasurer as genuinely split on making a run since Kennedy’s decision to forgo a reelection campaign to challenge Senator Edward Markey in the 2020 Democratic primary.

Goldberg had taken some steps, including filing paperwork with federal campaign officials and commissioning a poll to gauge support.

But the Treasury loomed large in her mind. She pointed Wednesday to her decision to use state funds to cover the entirety of her staff’s contribution to the state’s Paid Family and Medical Leave program, and compared that with the sway a lawmaker could have in a gridlock-riddled Congress.

“I made a decision to help 800 families,” she said. “If I’m in Washington and I make a decision that I want to help someone, how is that going to happen?”

Her surprise decision to remain out could dramatically shape the scope of the race, where as a three-time statewide candidate, she would have been the most well-known name and likely among the best-funded contenders.

And other Democrats are moving toward a run: Jake Auchincloss, a Marine and Newton city councilor, is planning to announce his own campaign in the coming days, the Globe has reported. Former Obama speechwriter Dave Cavell resigned from Attorney General Maura Healey’s office to prepare for a campaign, an adviser has said.

Goldberg said Wednesday she was unsure whether she would endorse or involve herself in the Fourth District race in some way.

“I feel passionately about the issues that drove me to consider this,” she said. “I am personally overwhelmed by what’s happening to our country. . . . And I find that no one is able to cut through and say things clearly and unequivocally that need to be said. And that was what was motivating me.

Read the original article in the Boston Globe, here.

Want to be a part of Deb Goldberg’s campaign for Treasurer? Use this form to sign up for email updates from the campaign so you will always be in the loop on the latest news and events!